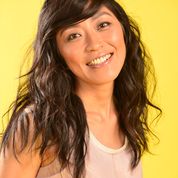 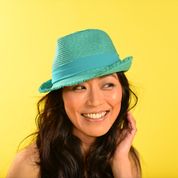 After graduating from Junior Collage, Michiko trained for 2 years at ” The Seinen Theatrical Company”. She was a Cheerleader for the Tokyo Yomiuri Giants Baseball team, and has also appeared in many shows at Tokyo Disney Land.

In 1999, for the play ” Friendship”, Michiko changed her hair style to skinhead for the role.
From 2000 to the present she has appeared on the stages of all Major Tokyo Venues, such as the Teikoku-theatre, Meizi-theatre, Shinjuku-Koma-studium, Geizyutu-theatre, Shinbashi-enbu-theatre , as well as the Misono -theatre, Chunichi-theatre in Nagoya, and Umeda -koma- studium, the new Kabuki -theatre , Syochiku-theatre in Osaka, minami-theatre in Kyoto, Hakata-theatre in Fukuoka. In total, she has appeared in over 50 plays. Her specialty is Japanese Traditional drama, like Kabuki. It is based on old story . From 2009, she has switched back and forth between Japan and Los Angeles for film productions. In 2011, she got a roll as a Japanese Alien in the movie ‘ Halloween house horror ’ . And also she has been appeared on books as a Kimono Model. In 2014, She invited as a presenter for Tokyo City Cup in ‘ Japan Family day ’ at Sanata Anita Park.
’

Since 1999, Michiko has appeared on stages over 50 plays.